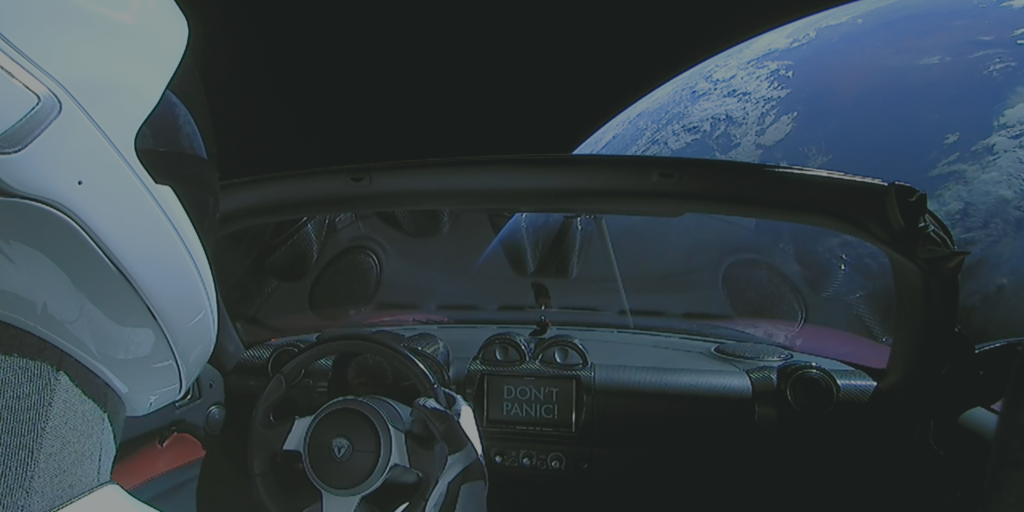 The space sector has been traditionally linked to government-funded organizations and space programs, as illustrated by the space race between the U.S. and the USSR. However, today there is a newly emerging alternative – NewSpace, a private, commercial sector that approaches space as another area for entrepreneurship.

NewSpace has been associated with a series of technological and business innovations that have reduced costs and have helped develop a private space industry that is more commercially-oriented. A clear example is Elon Musk with SpaceX and other initiatives.

NewSpace has contributed significantly to the expansion of the space industry that has been growing by about 6.7% per year between 2005 and 2007. For comparison, the average sector growth has been 3.5%. More and more companies are becoming interested in these new opportunities. The U.S. has been at the forefront of the NewSpace, as most investors in the sector come from this country, but this disparity has made other countries and international companies gain more interest in investing in these types of organizations.

NewSpace is a commercial trend that originated in Silicon Valley and then spread from there. Since 2000, the sector has received over $21.8 billion in investments, gaining more traction in 2006 and 2012. Today, the trend continues, and NewSpace does appear to be well-established on an international level and growing.

What is Changing with NewSpace?

At the moment, there is a new kind of space race that is taking place between private companies and driving the commercial space industry forward, which has allowed new avenues for innovation and economic growth to begin. The need for more space infrastructure for the development of other industries has not hurt either.

There are several big changes related to NewSpace. First, it has allowed the space sector to experience consistent and large growth. Secondly, NewSpace has improved speed and cut down costs in the development of space hardware and software, which traditionally has a long development cycle. Thirdly, this is still a growing industry with uncertain and unproven business models, which creates both challenges and opportunities for economic growth.

At the moment, NewSpace is a growing sector that has contributed to the global economy. It seems likely that this growth will continue in the future, as European investors and international investors get in the game. NewSpace can provide new products and services at lower costs, which can make space much more commercial, profitable, and a bigger part of the global economy.

What are the Socio-economic Impacts of the Space Sector?

Space programs don’t always show evident and immediate returns from investments, often being a long-term matter. However, the efficiency and productivity associated with space applications are becoming more visible with different impacts across countries. The OECD 2019 report on the space industry provides an overview of the socio-economic benefits of the space sector, mostly focused on Europe and the U.S. What types of gains can occur and how does society benefit from space activities?

Gains can be recognized across industries. First, there are productivity and efficiency gains in the workforce and at the managerial level. There are also cost savings, increases in employment, and macroeconomic effects that can be tracked through GDP and tax revenues. Around 57% of the cost savings take place outside of the space sector, due to the application of space assets as a cost-saving measure. Satellite data also served as a way of forecasting events and making decisions to avoid disaster and prevent associated costs. As private actors gain more ground, they provide more of these benefits. For example, private companies are becoming more involved in the health sector.  An example is Immarsat that launched new e-health opportunities for monitoring and diagnosis in low-resources communities.

Technology transfers are a key way in which the sector contributes to the economy and reduces costs. By implementing a space asset, it is possible to reduce costs and improve processes more quickly.

What is Happening with Private Companies in the Space Sector?

Private companies have become involved in the space sector in different ways. In 2018, for instance, 22 out of 111 total space launches were privately funded, with 14  taking place in the U.S., followed by Europe with 6 launches. China achieved a private launch in 2018 as well, and various initiatives are attempting to reach commercial launches. Dozens of companies are investing and trying to build small launchers, many using private funding, and many of these are expected to launch in the next three to five years, for instance, Electron from Rocket Lab. Satellites are a big trend and commercially popular.

As private space exploration is becoming more viable, some countries, like the U.S. and Luxembourg, have taken the initiative to adjust their legal framework to allow more growth in this area.

Privately funded space travel and space companies are growing bigger. This trend started in 2000 and is not slowing down. Instead, there are more ambitious initiatives that employ space assets for improving communities, helping businesses, and developing new opportunities for space exploration. It seems likely that more and more investors will be attracted to this field, as the space sector shows consistent growth and opens up many exciting opportunities.

It is still too early to tell what the landscape will be like in a few years. However, it seems probable that more countries will have to grapple with private companies and take advantage of these opportunities to boost their space programs and open new opportunities in the sector. NewSpace has the chance of shifting the economy and have a deeper social impact as it becomes more common to see companies using space assets or becoming involved with space in some way.